Why joining Harrow  Community  Gospel Choir has been so so good for me!

How I found out about Harrow Community Gospel Choir

My hubby, Suraj, knew that I had a love for singing which wasn’t being fulfilled. I’d been looking for a singing teacher for some time but not managed to find the right fit, whether it be on a one-to-one basis or group lessons.

The reason I was searching for a singing teacher included wanting to sing with more confidence, feel less hesitant and also learn more songs.

Suraj spotted Harrow Community Gospel Choir (HCGC) on Facebook and suggested I check it out. For some reason, I didn’t manage to go for a number of weeks, until one day, he suggested that we go together.

Our first experience of rehearsing with HCGC

The rehearsal that we attended was the last one before the choir had their annual concert. This was back in 2018. I didn’t really know much about them or how the rehearsals were ‘usually’, but I left feeling uplifted and excited!

I later learned that this wasn’t a ‘normal’ type of rehearsal at all. The choir went through most of the songs that they were going to sing during the concert. Thus the pace was fast, there was little discussion about the songs because they just needed to practise and see if any tweaks were needed before the big day.

The rehearsals that followed

I continued attending rehearsals and quickly became aware that the choir had a huge repertoire of songs that they had learned and practised over the last seven years or so.

At first, I was a little nervous about the fact that I didn’t know any of the songs but I soon realised that I would learn them in time because the choir practised them regularly. In addition to this, all the lyrics and audio parts were available online.

Attendees can decide whether to sit in the Soprano, Alto, Tenor or Bass section. This matters because we have different parts to sing and they would be pitched according to which section we are in.

In April, many of the choir went to Holland to perform. I couldn’t make it but I heard that was absolutely amazing!

October was fast approaching. This is when the annual concert takes place. It would be my first concert with HCGC. I was nervous and excited at the same time!

We began meeting as sections, outside of the weekly rehearsals, to practise and perfect our performance.

I was nervous about practising with the altos because I’d missed a few rehearsals due to our kitchen being refurbished, after which we had two deaths in the family. I knew I needed to bite the bullet and go because it would help me identify what I needed to work on. I had no regrets and felt really positive afterwards. This was because the group was so supportive and encouraging.

We were sold out about a week or more before the event and I can’t tell you how nervous I was. After the first half, that nervous energy turned into excitement. I was buzzing!

I couldn’t believe it when we were at half time! It felt like time was going way too fast.

I could tell that we were doing well and that the crowd were enjoying being there. This felt so good!

The thing that made it feel safe, enjoyable and fun was CeCe. As long as I could see CeCe, I knew I couldn’t go wrong. She conducts so well. I knew there was no way I could go wrong if I focused on her. Watching her move to the songs, seeing how much she loved them, and seeing the funny faces she pulled to make us remember to smile, made it fun and enjoyable.

Some people feel like I’m betraying ‘my’ faith by being part of the choir. Others feel that I may ‘convert’. Some feel offended about my participation in it. Others are absent ie they won’t/didn’t come to the concert because of it.

I must tell you that I’m not fussed. I’m sad that they feel that way. The sadness is for them, not me. I also truly hope that they are able to find a way to renounce this negativity and see that it’s a channel to feel and express love, upliftment, positivity, surrender, humility, gratitude, devotion and so much more. It’s had such a positive impact on me! 🙂

So going back to the title…why has joining Harrow Community Gospel Choir been so so good for me?

There are so many reasons that joining HCGC has been good for me!

A day to remember 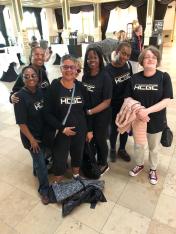 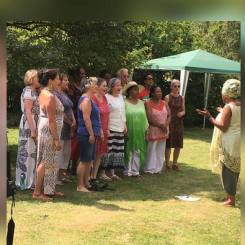 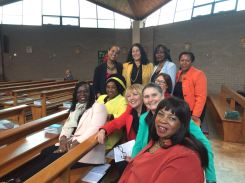 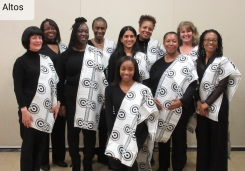 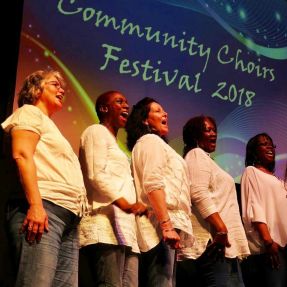 We speak your language